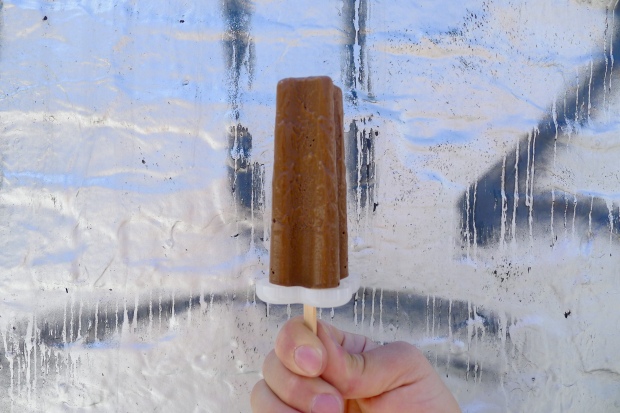 A few years ago, I used to help coordinate a CSA in Manhattan. For those of you unfamiliar with CSA’s or farm share models, in brief, they are a way for farmers to sell directly to consumers without pesky middlemen or distributors. Standing for “Community-Supported Agriculture,” you generally agree to pay your local farmer a set fee up front for the season. This amount can vary between a couple hundred dollars to several hundred dollars. Known as a membership fee, your membership entitles you to “shares” of the harvest over the course of the season. These shares are usually picked up once a week from a designated location like a church or another community-friendly site.

If you can manage the up-front fee, a CSA is a win-win for both you and the farmer. The farmer gets more money to work with, and in exchange, you get a much better and better tasting product. The majority of CSA’s are either fruit or vegetable CSA’s, but of course my CSA was all about the meat: cows, pigs, chickens, sometimes lamb, sometimes duck. Basically anything cute with a face 😉

Running a meat CSA, you meet a lot of people: bankers, academics, writers, publishers, editors, lawyers, non-profit organization directors, retirees, beer distributors, you name them. It was also the first time that I ever encountered people on the Paleo diet, a modern diet that basically aims to mimic what our paleolithic ancestors ate.

At the time, I asked myself the same thing: is this a group of carrion-eaters that spends most of its time starving and the rest of its time fearfully living in caves?

Nope! Apparently, what “going Paleo” really means avoiding processed food, lowering the amount of carbohydrates you eat, increasing how many fresh fruits and vegetables you consume, hunting and gathering in the bulk foods section of the Park Slope Co-Op, and eating a lot meat.

Now in all honesty, avoiding processed foods and being more mindful of what we consume are things that we could all do. But a few of these members kind of scared me.

There was the guy who asked me multiple times on multiple occasions if it was okay to eat raw sausage — it’s not. I mean, you can. You won’t die, but I’m pretty sure that it tastes better cooked.

There was another guy who told me that he went through 8 dozen eggs a week because he had a twelve-egg-omelette-a-day habit.

There was the guy who called his personal trainer in a panic because I wasn’t sure if our CSA beef was just grass-fed, or grass-finished (it turned out that it was grass-finished).

A few outliers notwithstanding, for the most part, our Paleo members were a great bunch of super-enthusiastic home cooks who were really into being conscious about what they put in their bodies, and being strong advocates for local farming and agriculture. I loved hearing what they did with their shares and would eagerly trade tips and recipes with them at each pick-up.

Chocolate avocado pudding is one of those freaky Paleo food experiments that I was always curious about, but never tried out of skepticism. Then, one day over the summer, two things serendipitously coincided:

Given that my inner 50’s house-wife cannot abide by wasted food, I thought that now would be the time to see if whizzing avocado and melted chocolate together in a blender would indeed be the dairy-free pudding of feverish vegan dreams.

It was high summer too, so I had to freeze it 🙂

If this is what it’s like to eat like a fringe-y food cult member who likes lifting kettle bells for fun, set my place at the table 🙂

This recipe is truly fantastic. The result is not overly sweet, and the intensity of the chocolate really shines. The avocado adds a vague fruitiness to the pudding, but it gives it a texture that is as smooth as silk. It’s great as a pudding, and even better as a pop. Be warned though: you can freeze it in a tub, but you will need to remove it a good amount of time before you serve it. Otherwise, it will be very hard to scoop.

1 can of coconut milk

A pinch of salt

3.5 ounces of dark chocolate (discs or bars broken into pieces)

1. In a medium-sized sauce pan, gently heat the coconut milk until it just begins to boil. Turn off the heat and add the chocolate pieces or discs. Whisk everything together. Once the chocolate is completely melted, whisk in the cocoa powder, the honey, and the pinch of salt.

2. Pour the chocolate mixture into a blender (I used a blender bullet) and add the avocado. Whizz everything together until the mixture is soft and shiny. You should not be able to see any more avocado. The mixture should be smooth and even.

3. Carefully spoon the mixture into popsicle molds and freeze. 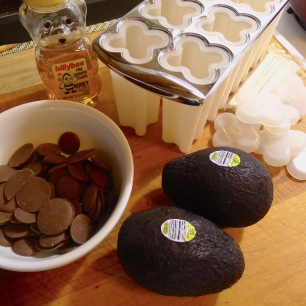 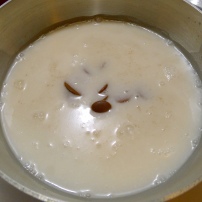 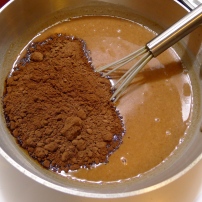 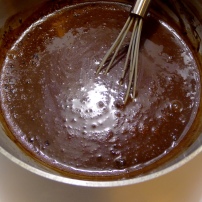 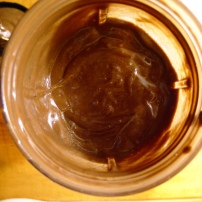